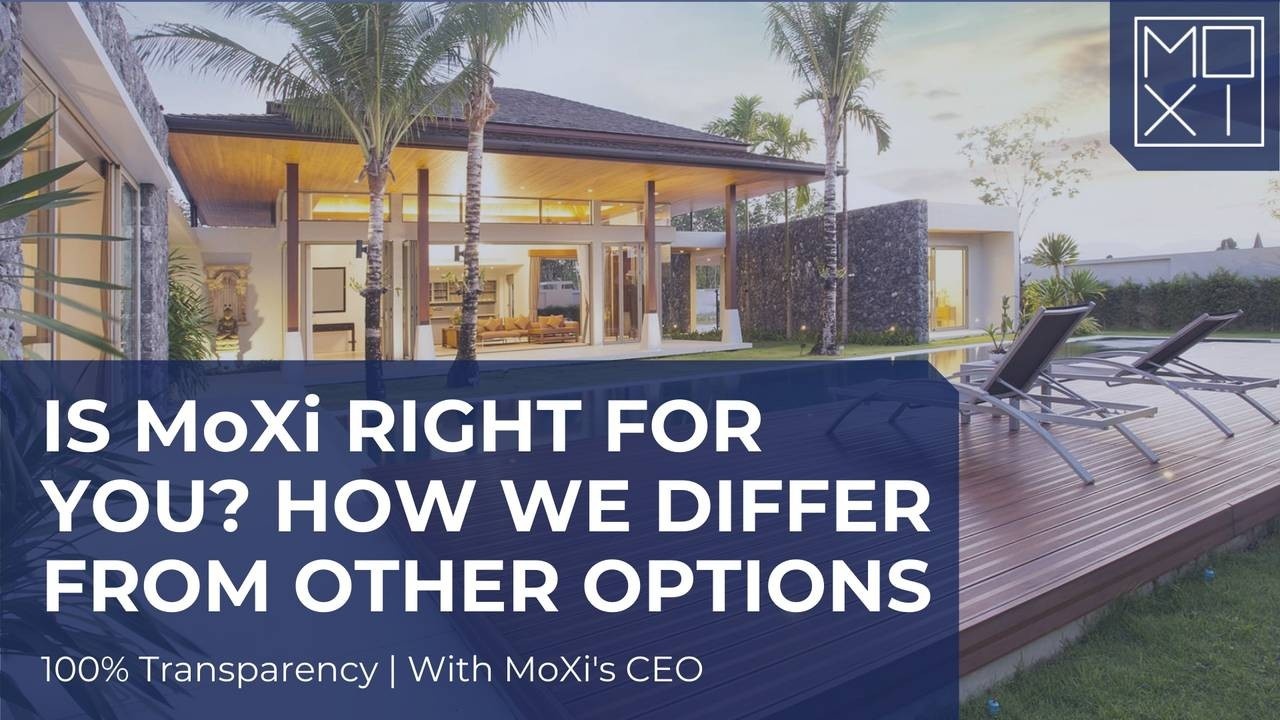 Is MoXi Right For You? Comparing Options

What's really unique and interesting about the country of Mexico in particular and MoXi's solution is that MoXi brings the best of two worlds together. Really having an understanding of how you can securely and legally transfer property rights in the event of a purchase situation or securely record a mortgage transaction in the event of a refinance or cash out refinance situation. That's uniquely different from what's been offered in the marketplace, historically speaking.

Really, it's very different from the current offerings in the marketplace today for foreigners that are looking to purchase, refinance, or cash out refinance property in the country of Mexico. Let's talk about some of those key differences.

Historically speaking, there have always been Mexican banks that are willing to lend to foreigners under certain circumstances, but those lending products are often what a US citizen, for example, might say is exotic which means it has payment increases over time. Sometimes every month there's a slight increase to your payment. Sometimes it's every six months. When you actually look at a fully indexed APR for a loan transaction of that type, you're looking at an interest rate that's really akin more to credit card interest, as opposed to long-term fixed mortgage financing.

The prevailing interest rate in the country of Mexico today is much, much higher than that of the United States despite some of the short-term rate increases we're experiencing now. Foreigners or clients that come to MoXi generally will receive a very reasonable interest rate fixed for up to 25 years. There are no pricing add-ons for occupancy.

Whether you plan to occupy your property in Mexico full time as a real expat, or whether it will be a vacation home for you that you maybe sometimes rent out, or whether it's completely an investment property that you'll rent out purely for income purpose, there's no adjustment or shift in the interest rates, which is great.

Rates at MoXi are really based on the loan to values, how much do you put down, as well as your FICO score in the United States at the time of origination. Those are the two primary factors that influence your interest rate. At MoXi, we have various different pricing schedules based on the amount that you're borrowing. Higher loan amounts generally tend to get MoXi's lowest interest rate.

That's just a quick overview on the MoXi product set and the pricing. Pricing is generally a little bit higher than one might expect in the United States, but significantly lower than the prevailing interest rate in the destination country which is Mexico.

MoXi really brings something special to the market in that all of our mortgages have a fixed rate. There's no rate adjustment whatsoever. It's not tied to any index. There will be no rate increase over the entire course of the loan, so if a client chooses 300 months or 25 years.

All of the mortgages that MoXi makes are fully amortized, meaning you're paying principal and interest with each payment spread out over the entire loan term. Then MoXi offers the convenience of a one pay program. MoXi's collecting with your principal and interest payment every month, we're also collecting a prorated portion of your property taxes so MoXi's going to take care of paying property taxes in the destination country.

The fiduciary that holds your trust will charge an annual fee in order to maintain that lien security and your ownership if you're a foreigner. MoXi will take care of that annual renewal fee for you to keep your property secure and bill you for a prorated portion of that each month included in your payment. There is a monthly subsurvicing fee, a small fee that's collected by MoXi as well.

Those are just a couple of the convenient aspects of MoXi's programs.

Did you know that MoXi funds & services loans in USD, is regulated and audited in the US & Mexico, and ensures compliance throughout the term of your loan? 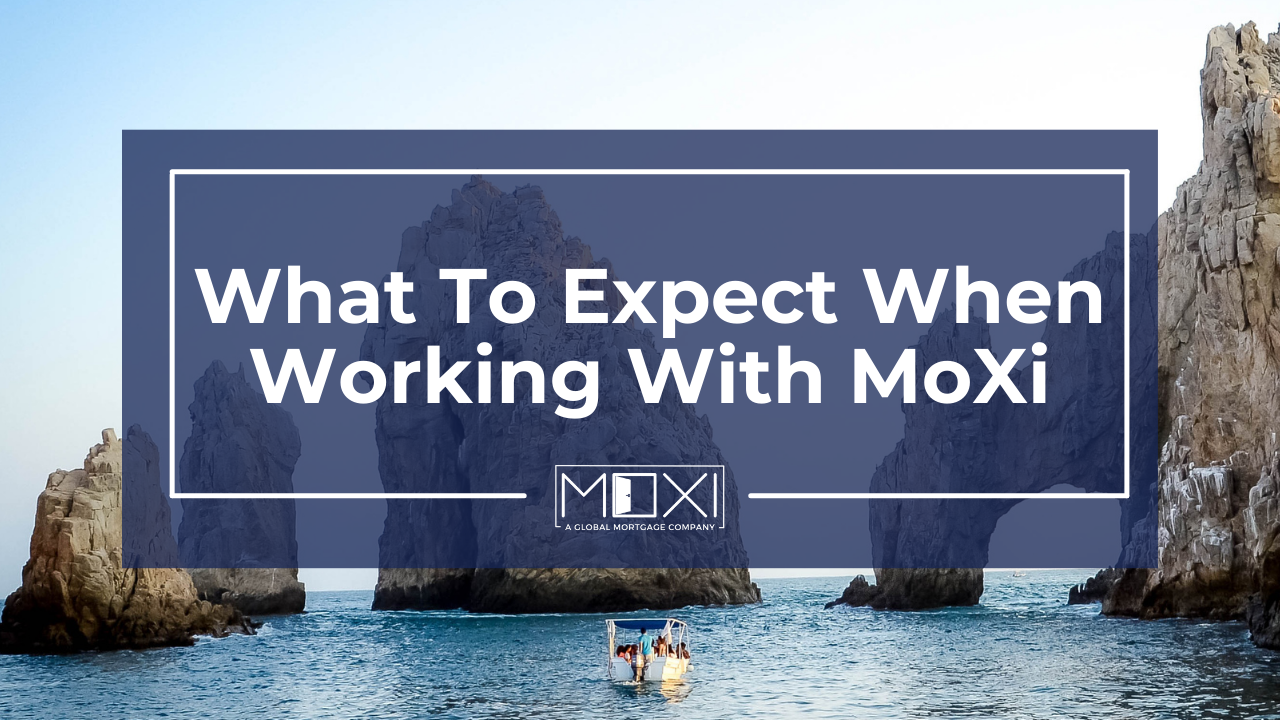 What's The Process? Working With MoXi 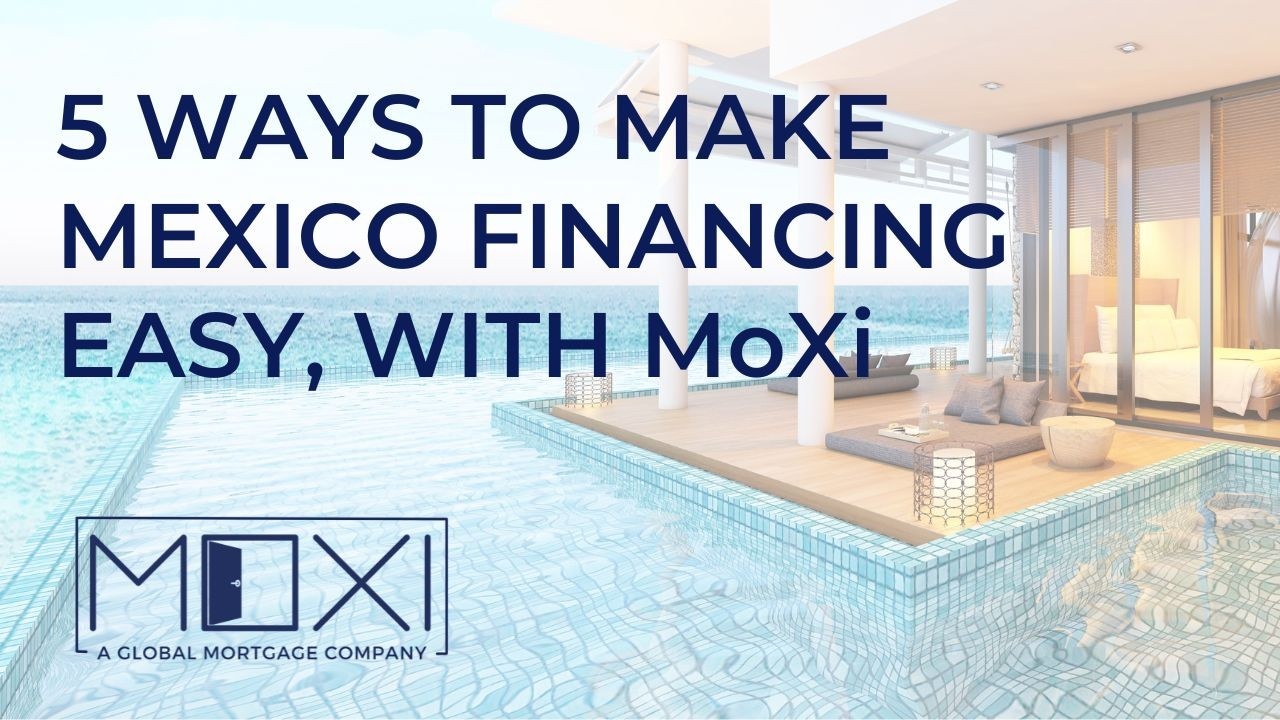 Is MoXi Right For You? Comparing Options

With 200+ YEARS OF COMBINED EXPERIENCE

...on both sides of the border. We're a fully regulated and audited financial institution in both Mexico and United States - backed by billions of dollars in capital.

Let's Explore Your Options & Get You Pre-Qualified In 24-Hours