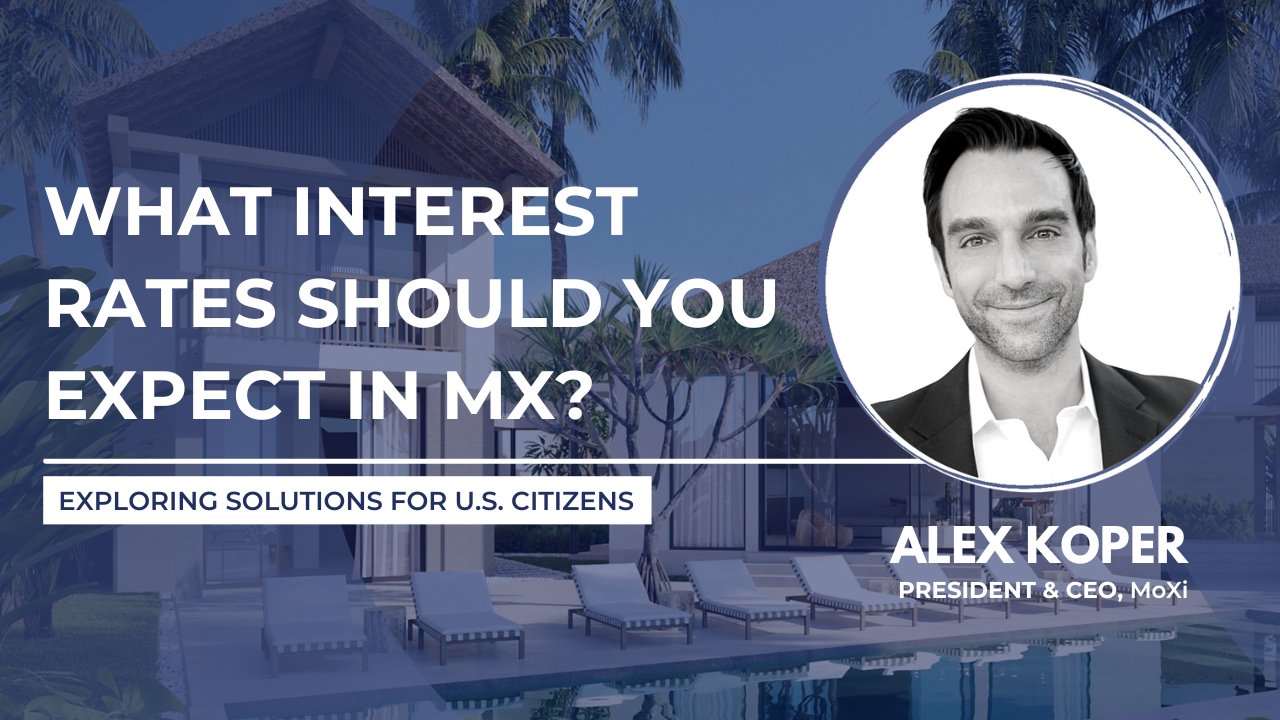 What Interest Rates Does MoXi Offer?

Anthony: It's Anthony Young over here at MoXi, and I'm taking a very special opportunity to talk with our CEO, Alex Koper, about some common questions that I'm getting from my clients concerning buying real estate in Mexico. Very happy to have Alex set some time aside today to answer some of those things.

Alex: Well, awesome. I'm really excited to be here. Thanks so much for setting this up, Anthony. This is going to be fun. I don't often get to hear every day what are common questions that clients and potential clients have about what we do. So pretty excited to hear about those.

Anthony: One of the most common questions I get is what rate is available? What rate is MoXi offering? And I wanted you to touch base a little bit on that. I've had the conversation several times about after tax actual interest payment.

Alex: Good question. So, interest rates, MoXi loans are made in US dollars and they're also serviced in US dollars by a US sub-servicer that works with MoXi, specifically. So, that has a lot of advantages, one of which being you have no foreign exchange risk, so your loan is not being made in Mexican pesos and you're not repaying it in US dollars. And if there were to be a change in the foreign exchange rate, a significant one, that wouldn't put the client at any sort of risk. So, there's one of the biggest advantages.

The other is that mortgage interest would be reported to the IRS in the United States via, just the way a mortgage in the US would be reported. So it's a 1098 INT at the end of every year, and clients should absolutely check with their accountant. And MoXi is not giving any sort of tax advice here, but the interest is going to be reported and potentially could be deductible.

So, in the case where someone is in a 30% US tax bracket, as an example, if that interest mortgage interest is deductible for their specific situation, and again, they should consult their CPA, then theoretically, the effective after-tax interest rate would be much lower than the actual note rate in that example. So, without getting into too much complexity, I think that's probably a good simple way to look at it. From an interest rate standpoint, people often ask us about this, and MoXi has recently brought on some new capital investors that brought our costs of capital down. But generally speaking, MoXi interest rates are going to be 1.5% to 2.5% higher than an owner-occupied 30-year fixed mortgage in the United States, generally speaking. But this is, for all intents and purposes, not owner-occupied, not the roof over your head for most MoXi clients. So, much closer, much more similar to like a non-QM or non-owner occupied mortgage rate in the US, which is cool.

So, there's definitely some various different factors that go into pricing loans, three primary ones. One is loan size, so the higher the loan size, the lower the interest rate is going to be. Second is LTB, so what percent are you putting down or what is a loan amount compared with the appraised value of the property. And then, the third is FICO score. So, fairly similar to the US. Definitely some nuances for the country of Mexico or for MoXi specifically, but all that information's available on our website and on our pricing page.

Anthony: Thank you. I think it's important to add that MoXi differentiate in price, whether someone wants to rent out the home when they're not there, or if it's only their second home, or in fact their primary residents, that really those three factors that you mentioned are the prime drivers of the effective monthly payment that someone would have.

Alex: Great point. Yeah, that's really salient. A really important one to mention, yeah, we don't price up for occupancy. So, yeah, whether it's a second home one day of the year or 365 days of the year, whether they rent it out on Airbnb, or VRBO, or occupy it every single day of the year as a primary, doesn't matter to us and not going to affect the pricing at all, which is cool.

Did you know that MoXi funds & services loans in USD, is regulated and audited in the US & Mexico, and ensures compliance throughout the term of your loan? 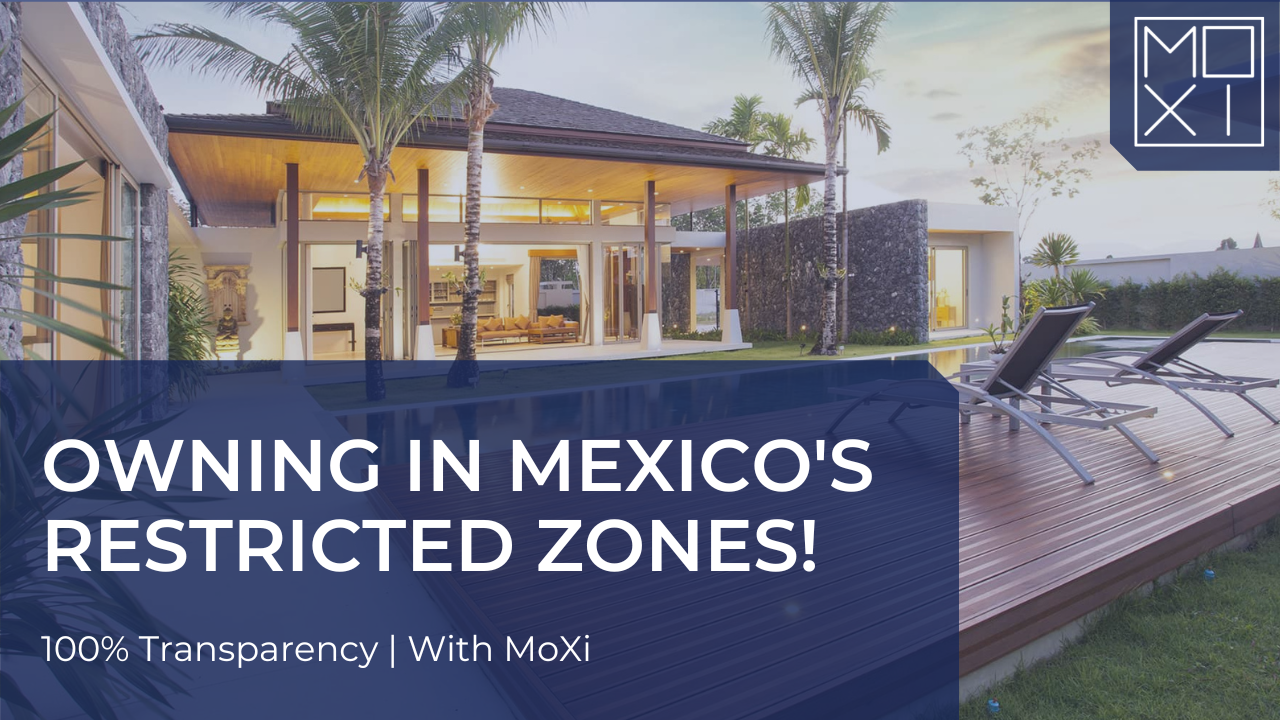 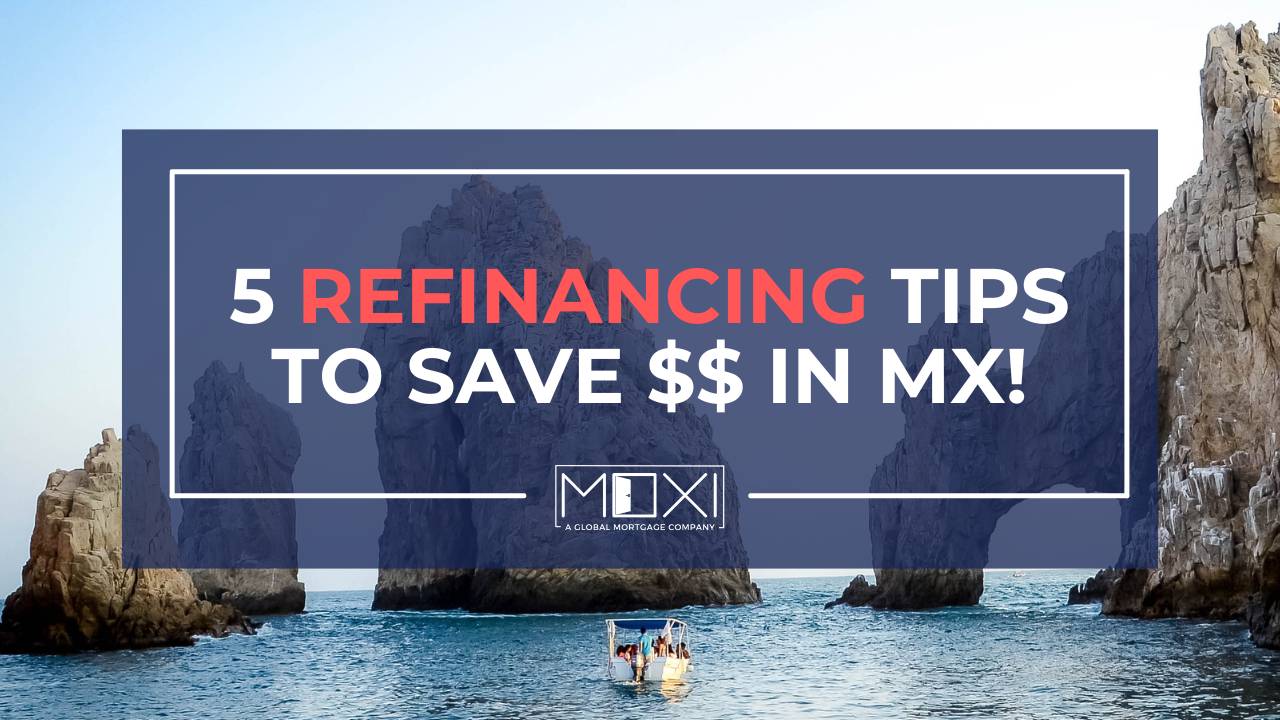 5 Refinancing Tips: Save Money In Mexico! 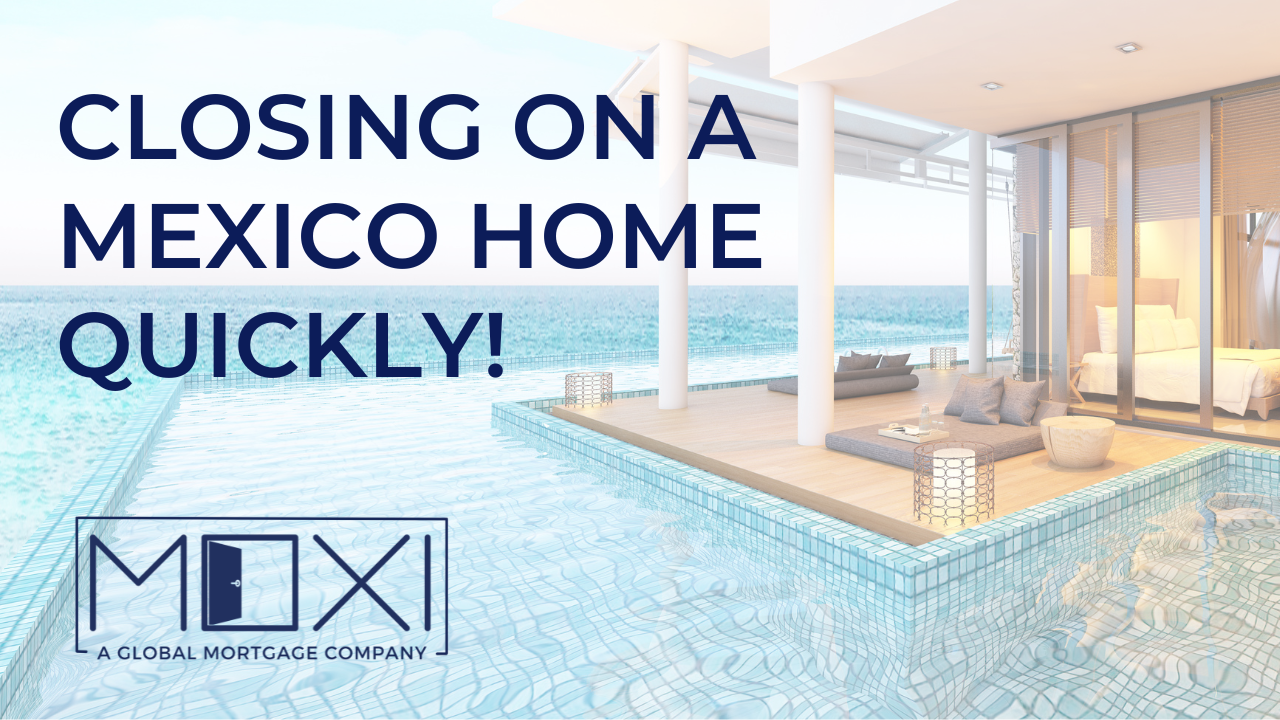 Closing On Your Home Quickly In Mexico!

With 200+ YEARS OF COMBINED EXPERIENCE

...on both sides of the border. We're a fully regulated and audited financial institution in both Mexico and United States - backed by billions of dollars in capital.

Let's Explore Your Options & Get You Pre-Qualified In 24-Hours